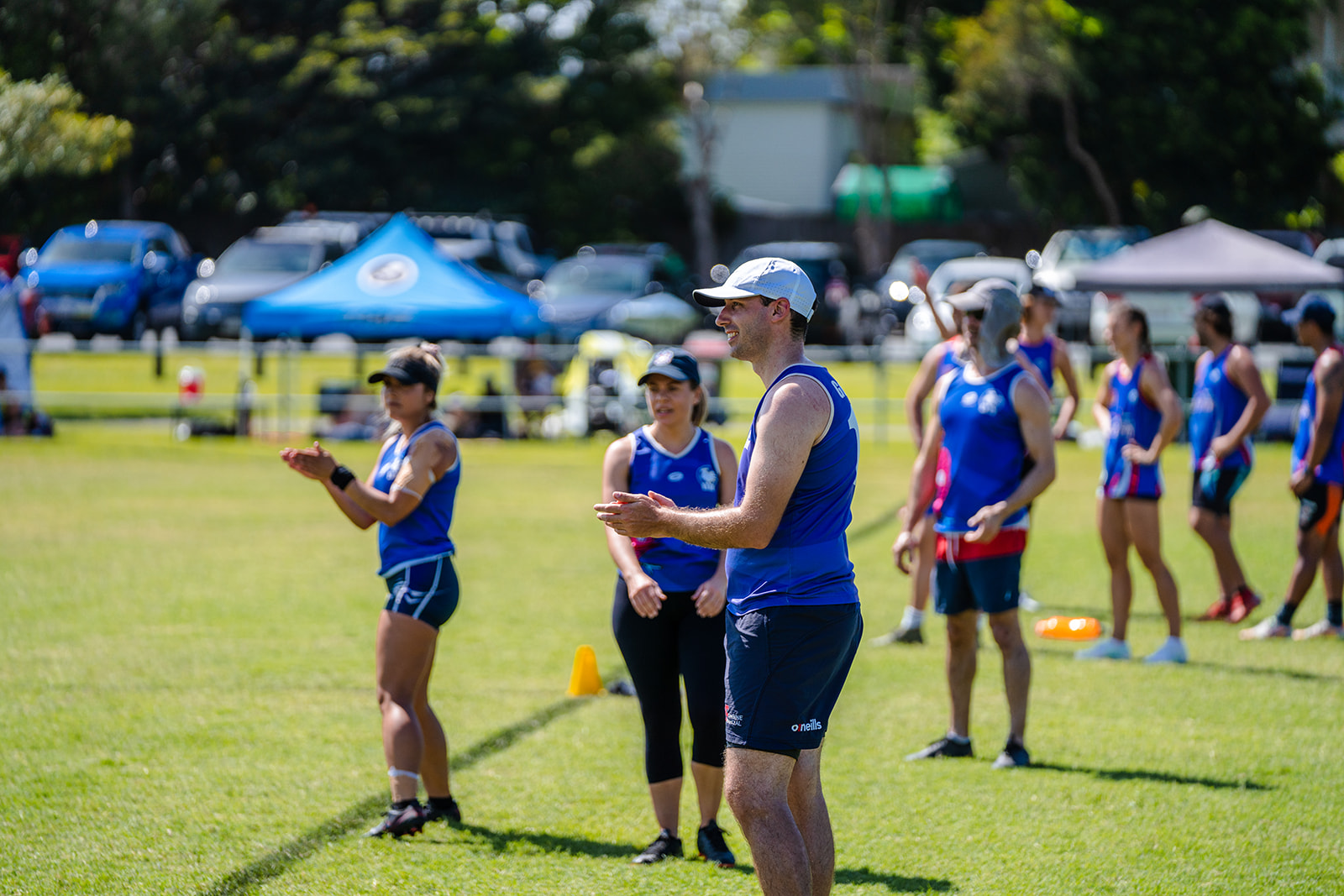 Our annual Cas Cup Competition was held in Casuarina, NSW on March 18th and 19th. The competition included 38 teams competing across 5 different divisions over the weekend.

Despite taking place weeks after heavy rainfall and flooding events across Southeast Queensland and Northern NSW, nearly 400 players made an incredible effort to attend and put on an amazing show of Touch Football.

Cas Cup 2022 welcomed the return of the women’s division.

Having the women’s competition back in action was one of the biggest highlights of Cas Cup as 4 women’s teams competed in the joined social and competitive division. The Freshies came out on top from a well enjoyed competition.

“It was our goal to make sure that we had a Women’s as well as a Men’s, Mixed and Master’s tournament running so that no one missed out on the opportunity to attend Cas Cup 2022. We will build on this for 2023, and with greater team numbers, we’ll split these divisions so that teams will play opposition more evenly matched for a better Casuarina experience” explained PCT Competition Manager, Peter Shallcross.

This was Peter’s first Cas Cup out of the some 17years the event has been running and although team numbers were lower than past years the social based competition continued to be an enjoyable weekend for all players, refs & staff alike.

Thank you to all competitors for coming along to Cas Cup 2022 and we hope to see you back again for Cas Cup 2023!

Click here to view the latest and upcoming tournaments.

Register your details to find a competition for you!